Filmed on April 3, 2015 in the remains of Burwood in Christchurch. The sheer size of the area is immense. Gathering all the shots took me more than 2 hours The map in the bottom left corner throughout the video is satellite photography obtained from Google Earth Pro. It gives a wee bit of context as to what used to be on the ground beneath the drone. Despite being Good Friday, there was a lot going on in this area. Contractors were spraying hydro grass, there were a good couple of dozen cars cruising around and disobeying the signs. People were also on bikes and on foot. The drone used is a DJI Phantom 2 Vision+. I flew no higher than 90m during the shoot, and no occupied property was flown directly over the top of. Post-production was done on Sony Vegas Pro 13. View my flight over Dallington -- http://youtu.be/F24A1DOhSos View my flight over Avonside -- https://youtu.be/F24A1DOhSos The soundtrack featured is called "To Build A Home" by the fantastic group The Cinematic Orchestra. Buy on iTunes here -- http://goo.gl/Qx6ETo Attention Media Outlets: You are more than welcome to embed this video using the YouTube player on your site and social media without my permission, but you must not copy part or all of this video and put it in your own video players without my permission. Get in touch using the address on the "About" section of my channel. For other business inquiries or to hire me for a shoot, get in touch using the address on the "About" section of my channel. 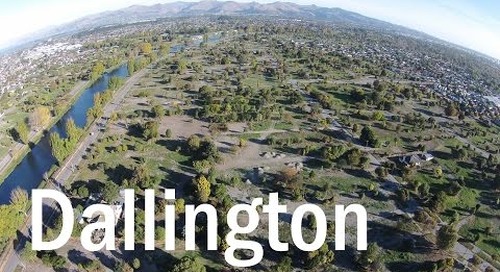 Dallington Then and Now - A Drone's Eye View

Filmed on April 3, 2015 in the remains of Dallington in Christchurch. The late afternoon sun combined with ... 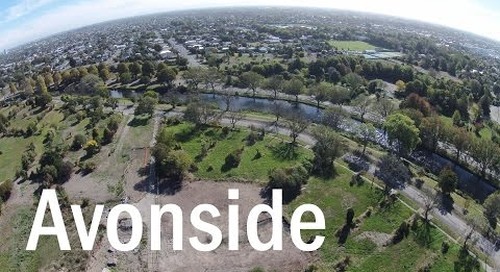 Avonside Then and Now - A Drone's Eye View

Filmed on March 21, 2015 in the remains of Avonside in Christchurch. It was an amazing flight. I tried to k...